This Year’s Stations of Saturn 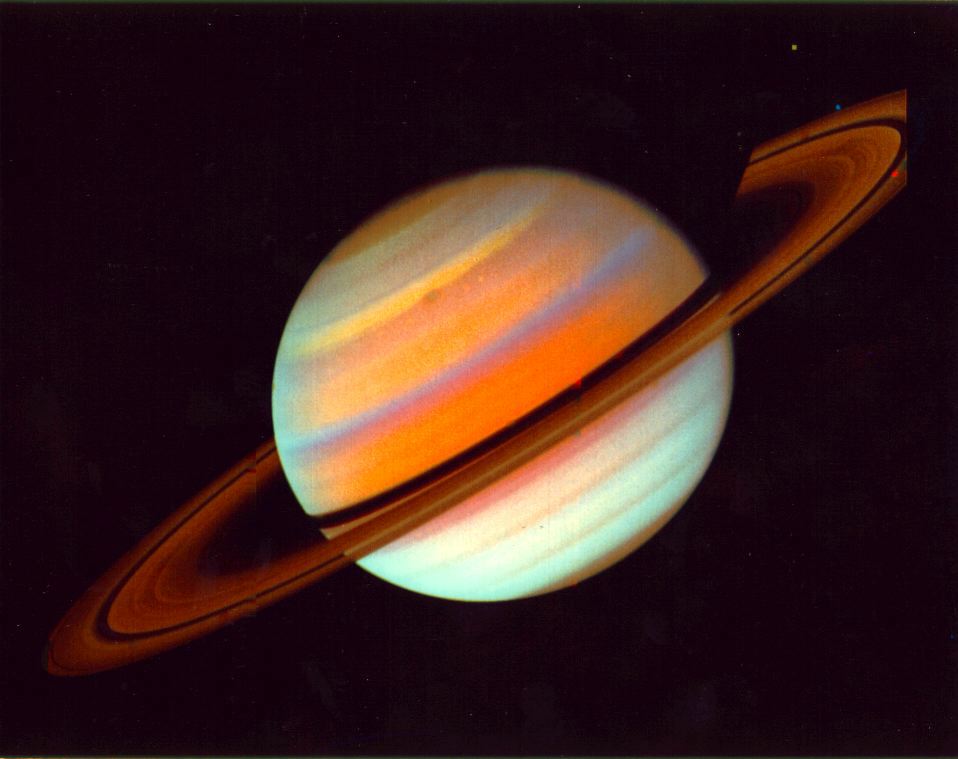 You may have heard of Mercury retrograde and wondered what that means astronomically.  “Retrograde” means “moving backwards,” so when Mercury is retrograde, it is moving backwards in apparent motion from our viewpoint here on Earth.

This means that instead of progressing forward through the zodiac, from one sign to another, Mercury is actually backing up.  It’s a visual illusion, but a meaningful and measurable one.

I call these stations “pivotal days,” because the planet we’re talking about is literally pivoting—and also because stations tend to lead to pivotal events for those of us Earthlings who are being affected by them.  Those pivotal events will trigger changes in us, and that will happen according to the nature of the transiting planet, in this case, Saturn.

How does Saturn change us?  Through fear, pressure, hard work, self-discipline and ultimately, mastery.

Saturn transits are inherently uncomfortable.  They are times when you feel a greater-than-usual sense of fear, limitation, incompetency, obligation, and duty.  You’re very present to the seriousness of the situation you’re in and aware that things are not up to par.

Some people respond to this with flight from responsibility, in which case Saturn’s constriction is felt as the free-floating anxiety that comes when you procrastinate what you know you must do.  Saturn arrives bringing the pressure to perform that can force you to build something real using your own sweat.

Saturn has a gift for you, and that gift is mastery.  Mastery can only come with self-discipline and hard work, but when you achieve it, you have something solid that lasts.  And when you work to achieve a thing, you value it more than you do when it’s simply given to you.  You also know how to replace it if needed.  You become an independent user of it and the master of it.  You graduate to excellence.

This will affect the area of life ruled by whatever planet of yours that Saturn is transiting.  For example, Saturn transiting your Sun might make you feel inadequate as a person, and press you to model integrity and earn an improved public image.

Saturn transiting your Moon can put you through a lonely period in which circumstances seem to conspire to isolate you, force you to rely on your own inner resources and learn to better regulate your emotions.

Saturn’s passage through any house in your chart will bring an awareness of the ways you are out of integrity and not meeting your goals in that area, pressing you to build on what you have and rewarding you when you do.  Saturn’s house passages last an average of two-and-a-half years.

Movement of Saturn this year:

This means that if you have any planet between 18 and 25 degrees of Aquarius, you are having a Saturn transit to that planet this year. Because Saturn in Aquarius forms a challenging aspect to Leo, Scorpio and Taurus, if you have any planet in 18 to 25 degrees of any of those signs, that planet is also having a Saturn transit. Find out more here: Are You Currently In Transition? 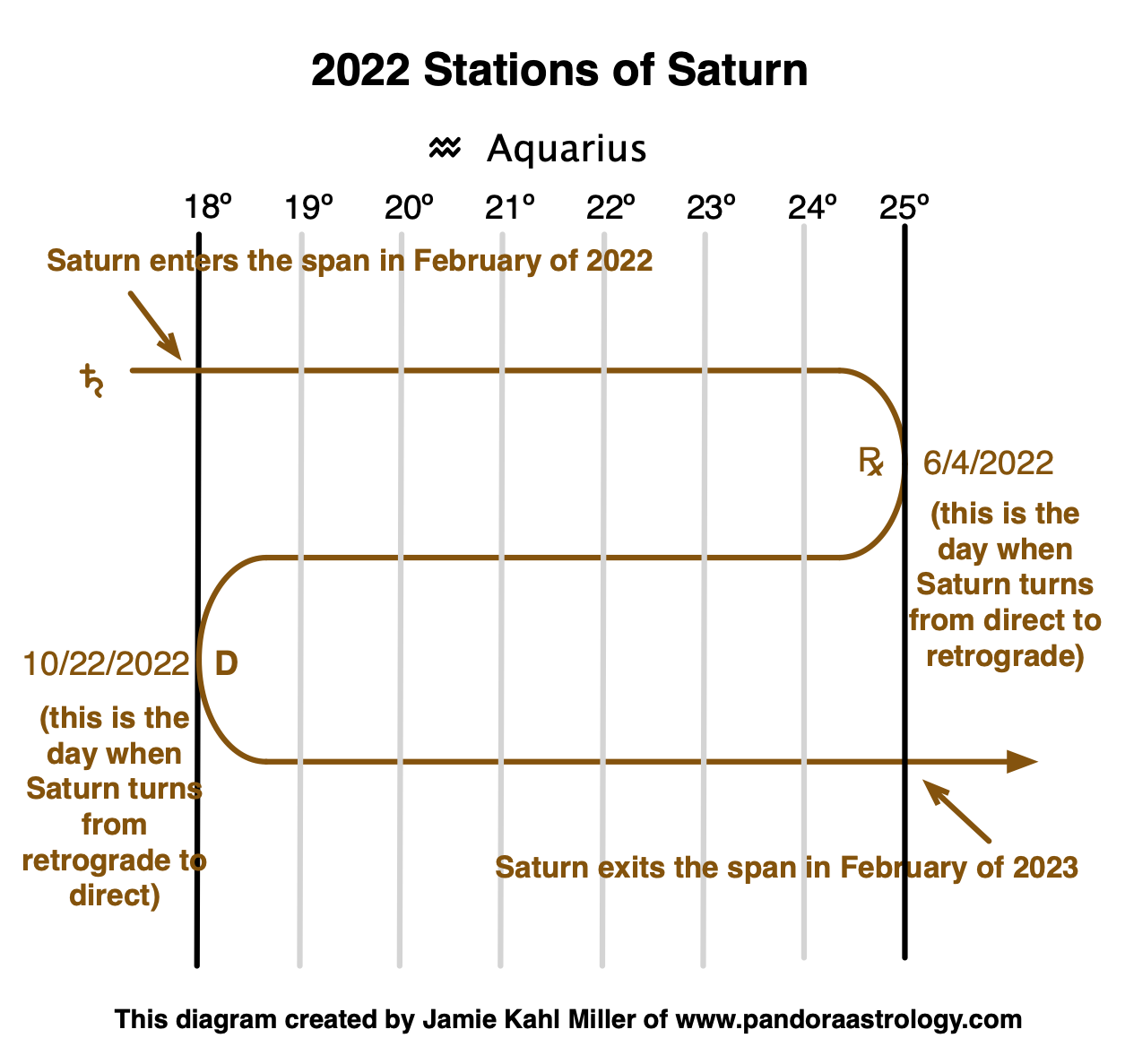 You’ll feel a transit the most strongly when it’s exact and also during its stations, or pivotal days. So if you have Mercury at 21 degrees of Scorpio, you’ll feel Saturn’s influence the most strongly when Saturn is passing through 21 degrees of Aquarius, and also on the days it turns retrograde and direct. In a reading you can get a diagram of this that’s personalized for you and shows the exact dates to watch for. It shows you which of your own planets is being triggered by Saturn and we talk about what it means for you and where in your life to look for its effects. This gives you a chance to see what’s coming and plan how to respond to it. Getting this kind of personally timed information is the main reason people consult astrologers.

How to handle your Saturn transit:

Don’t freeze and don’t let the fear stop you.  Roll up your sleeves and get to work.  Once you stop procrastinating, you might even find yourself enjoying the momentum.  Really look at the situation, accept that things are not as they should be, decide how to make it better and set goals that will help you do that.  Evading the responsibilities you know darned well are there or being lazy will just make things worse.

Grow bigger than the thing you are facing and pledge to build it better—then do just that.  At the end of every day, when your mind might be preoccupied with what’s wrong or what’s not done yet, deliberately focus your attention on what you’ve achieved and what’s been done right.  In this way, move slowly and steadily toward your goal, with confident expectation of achieving it.  Mastery will come and by the time the transit is over, you’ll have something to be proud of.

If you’d like to find out whether
you’re having a Saturn transit this year,
and you want to thrive with it,
Contact Pandora Astrology for a reading.

Read about Saturn in Aquarius and other transiting planets in signs this year.
Here’s how to know if you’re having a transit this year:  Are You Currently In Transition?
Read my Frequently Asked Questions about astrology.