The Sorcerer’s Apprentice—Saturn In Scorpio

The last time Saturn changed signs, I wrote about it here in the Pandora blog.  That was in July of 2010.  Now Saturn is finishing up the tail-end of Libra (his favorite sign to occupy) and entering the dark, mysterious regions of Scorpio, to travel there from Oct 5, 2012 to Sept 17, 2015.  How might this sojourn feel to us here on Earth?

Saturn is the Father-Figure, the Adult, the Elder.  He’s the archetypal symbol of Authority.  When you feel that you must take things seriously, must be responsible, have to grow up, that voice of the Inner Judge pricking your conscience is Saturn.  The sign Saturn is in will affect how that Inner Judge behaves, and what he’s preoccupied with.  He’s now turning his attention to Scorpionic things. 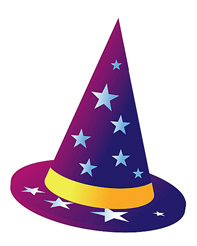 Saturn in Scorpio will demand that we face our demons, our obsessions, our addictions and wrestle them to the ground.  Saturn will demand that we gain control over the uncontrollable, and that we shape and mold it into something that helps us, rather than sabotaging us.  Saturn in Scorpio plays with power.  This is heady stuff and it reminds me of the story of the sorcerer’s apprentice.  It’s from a poem by Goethe (read it here with a good English translation alongside) and you may remember the Disney version*, featuring Mickey Mouse as the apprentice who is tired of fetching water.  While the sorcerer is out, he casts a spell he heard which causes the broom to animate and fetch water for him. The broom fetches water and fetches water until the apprentice wants it to stop—but has forgotten how to break the spell.  The apprentice then attempts to destroy the broom, but succeeds only in breaking it into pieces, each of which springs to life and proceeds to fetch water until the house is in a flood.  The terrified apprentice cries out for his master as if to God.  When the sorcerer returns, he is angry, but undoes the spell with a word and doesn’t punish the apprentice too harshly, because the apprentice is already terrified enough of the power he wielded and how easily it went entirely out of control.  The apprentice thus learns important lessons about power and maturity.  In Scorpio, Saturn’s smackdown is swift and hard.

Here are some ways this could show up in human lives, so watch for them in the news:

Do you have things to learn about power and how to wield it maturely, in full awareness of what you are doing?  If so, Saturn may bring these things up in the next two-and-a-half years.  And if you feel you are alone in this, please know you are not—we’re all in it together, experiencing our own version of it.

* Because Disney will periodically purge YouTube videos of their works, this link may not lead you anywhere, but new copies are popping up all the time, so just search YouTube for “Sorcerer’s Apprentice” and you will no doubt find it. Then you can enjoy this timeless classic, featuring Mickey Mouse and a whole lot of brooms!