“Is It Just Me Or Is This A Universal Truth?”

People are complicated. Astrology is equally complicated. There’s no other way of looking at human personality that is as granular, specific and pointed as astrology (in the hands of a good practitioner). EVERY other personality system, psychological theory or perspective emerged from a human mind and thus is limited to unconscious human bias. In fact, you can actually see a thinker’s chart themes inside his theories.

But most people never become familiar with their own astrology charts, and don’t have the objective view of self that such knowledge brings, so they present their systems of thought as if they were universal truths. Everyone’s perspective is his own, but presented as if it were universal because we all think our life is THE life. Because we view the planetary influences in our chart as fused with life itself, we think that our perspectives, our philosophies, our beliefs and approaches are universal and should apply to everyone.

Here are some examples of ways an individual’s perspective can be seen in his chart:
Carl Jung: Why did he come to develop the idea of universal archetypes and the collective unconscious? Because Neptune is squared his Sun and he was therefore set up from birth with a sensitivity to the otherworldly. 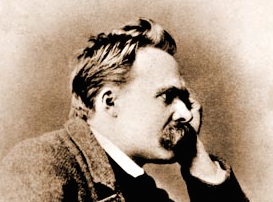 Friedrich Nietzsche: Why did he study theology, then embrace philosophy and declare “God is dead?” Because his deeply religious Jupiter in Pisces is opposed by a rigorous and argumentative Mars in Virgo and he was doomed to never embrace one without balancing it with the other.

Why did it take a Ghandi to birth the idea of peaceful civil disobedience? Because he had Venus in his First House trine Uranus in his Ninth and thus viewed fairness and radicalism not as opposites, but as a continuum.

And in more modern times: 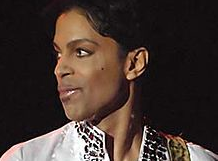 Why does Prince see everything through a lens of strong sexuality? Because he has Scorpio Rising ruled by Pluto at the Midheaven and thus a tendency to put that which others think should be hidden on display.
(And why do I mention Prince after Jung, Nietszche and Ghandi, as if he’s a great thinker? Because he is a Gemini and I have an irrational fondness for Geminis, due to my own Venus in Gemini.)
Was Jim Bakker’s huge television following a result of his faith in God or of his Pisces Rising’s ability to show what he wanted others to see? And how much of a part did his Neptune opposite Jupiter and Mars play in the vigor of his Bible-thumping and his fall due to the lure of fame?

Obviously, I could go on and on and this brings me to the main question of this blogpost, which is, “how do you know when your experience is universal and when it’s just yours?” The answer: your astrology chart knows. There’s no better tool for self-understanding, and your chart is not a product of someone else’s philosophy or worldview. It’s a creation of natural science (although it has to be interpreted by humans).

In a way, it’s a good thing that the people I’ve listed above never sat down with an astrologer who told them, “Oh no, that’s not universal, that’s just your thing.” Because if they had, think of all the books, philosophies, radical acts and songs that would never have been created. And since participating in a sit-in while reading Nietzsche, watching old episodes of the 700 Club and listening to Prince is a great way to spend an afternoon, that would be very sad.