This year, Jupiter enters into a square with Neptune, which lasts about 9 months and spans 14º to 18º of Mutable signs, affecting those with Sun in Sagittarius, Pisces, Gemini and Virgo everywhere. Neptune is the planet of dreams and visions while Jupiter rules expansion growth and optimism. A square is a stressful connection, like an argument. What could this event mean? The script below describes one way it could go, but first, how will you know if this even matters to you?

(this part is technical, but brief)

If your birthday falls on January 13, June 16 or September 21, then Neptune and Jupiter will have powerful lessons expressly for you in this birthday year, because those are the days this year when these two powerhouses connect precisely.

Jupiter will square Neptune 3 times this year. The first pass happens on January 13, 2019, while Jupiter is direct at 14º Sagittarius and Neptune (also direct) is at 14º Pisces. If you have anything in 14º of a Mutable sign (Sagittarius, Pisces, Gemini or Virgo), such as your Sun, Moon or Ascendant—you will feel this (see diagram for pass 1). 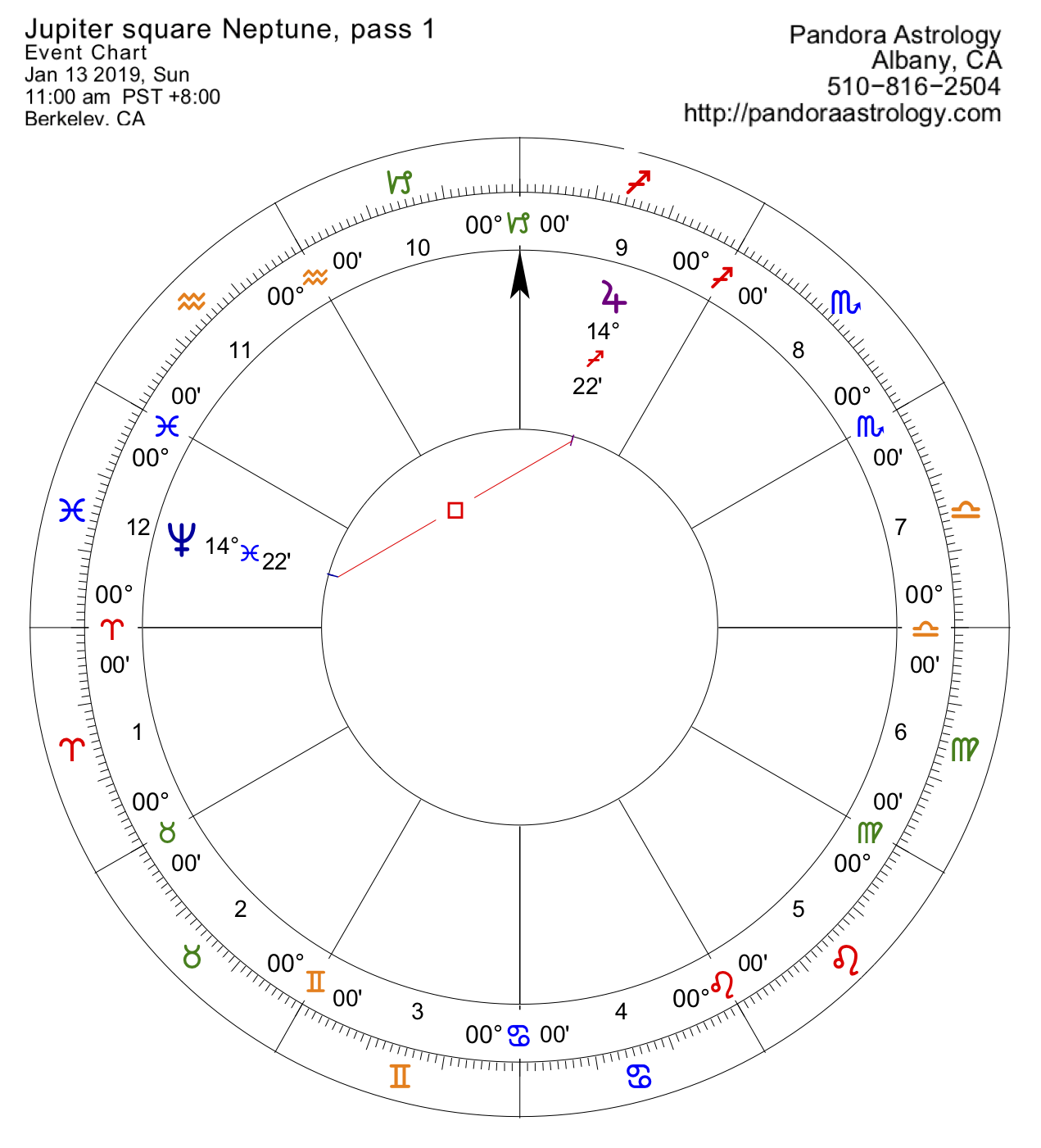 The second pass happens on June 16, 2019, while Jupiter is retrograde and Neptune continues direct (moving forward) and both are at 18º of their signs. If you have anything in 18º of Sagittarius, Pisces, Gemini or Virgo, you will feel this (see diagram for pass 2). 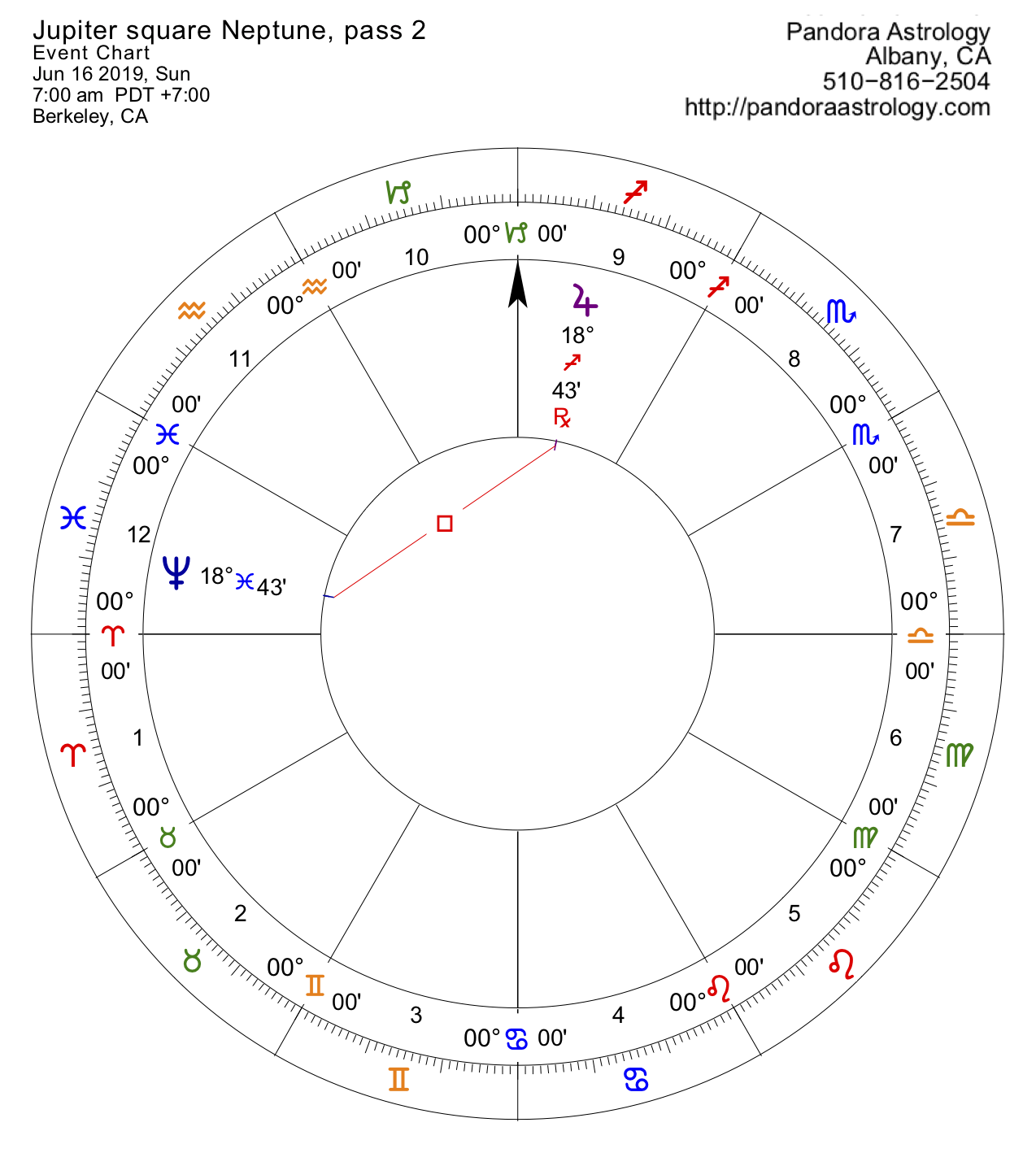 The third pass is where this transit ends, on September 21, 2019 with Jupiter direct at 16º Sagittarius while Neptune is still retrograde in 16º Pisces. This will affect you if you have anything in 16º of Sagittarius, Pisces, Gemini or Virgo (see diagram for pass 3). 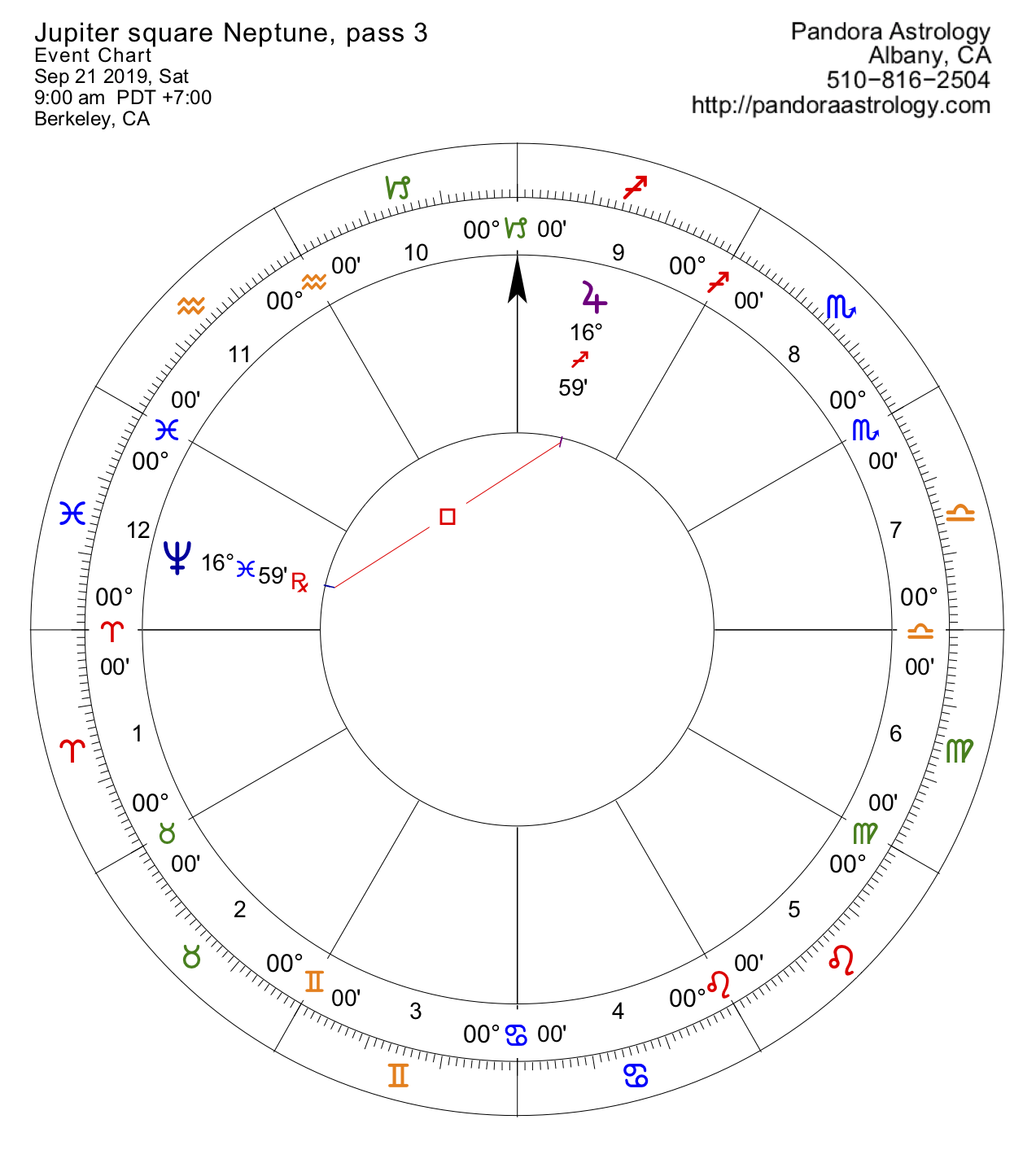 What could this stressful planetary aspect mean? The following story illustrates one way it could go. . .