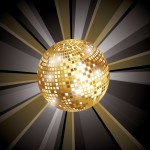 The scene is Mount Olympus, a heavenly grassy area atop a mountain with fantastic views in every direction.  You hear a rumbling, then a crashing, and before you know it, Jupiter is running up the mountain from one side and Uranus is running up from the other.  They meet in a resounding high-five that shakes heaven and earth.  After wrestling playfully for a moment, they collapse in laughter.
Jupiter:  This is going to be the BEST!
Uranus:  I know.  We’re going to have a great time.
Jupiter:  What’d you bring?
Uranus:  Assorted lightning bolts and a bolt-thrower.  See?
Out of an enormous pocket he pulls a complicated assembly which is essentially a catapult with a winch at one end.  Next to it he places a giant drum with lightning bolts peeking out the top.  The lightning bolts are making a buzzy, sizzling hum and emitting a neon glow in assorted colors.
Uranus:  I’m all ready to shock humanity with innovation and change.  It’s been a busy year already.  What’d you bring?
Jupiter:  This.
He pulls his hand out of his pocket in a fist.  Opening his fist, a warm glowing ball of light appears there, vibrating and jiggling with energy.
Uranus:  Very nice.  What does it do?
Jupiter:  It will grow anything you put out there.  It will infuse humanity with confidence and leadership ability.
Uranus:  Oh yes, that will definitely work.
Jupiter:  Let’s get started.
Uranus:  Got yer back.
They stand, back to back, and survey the landscape.
Uranus:  I see a community that needs to come together.  It’s close to cohering, but doesn’t really have a center.
Jupiter:  Check the moral structure.
Uranus:  Your job.
Jupiter takes out a spyglass and aims it in the direction Uranus is pointing.
Jupiter:  Hmm, it’s a church.  Or a temple or a mosque—I never can tell the difference from way up here.  Looks like some very nice people, but they’re too scattered.
Uranus:  No strong leadership.  Tolerant people and strong ethical fiber, but there’s no real center.  They need someone charismatic to bring fire.  Who shall we zap?
Jupiter:  That one, right there!  Yes, that one has what it takes!
Uranus cranks up the catapult and locks it down.  Then he pulls out a lightning bolt of medium size and places it in the catapult.  Taking aim, he releases.  The bolt flies true and lands smack on the Human Being in question, down on Earth.  There’s a shudder in the Earth’s emotional body as the feeling-field of the people near that Human Being adjust.  The Human Being is about to be noticed.
Uranus (gleefully):  Your turn!
Jupiter rubs his hands together and pulls them apart.  As he does so, the ball expands.  When it’s the size of a basketball, he lobs it down to Earth, where it bursts into a giant explosion of happy leadership, right in the heart of the Human Being.  The Human Being lights up, gets 10 ideas, and runs to tell everyone.
Uranus (applauding):  Again!
Jupiter:  Definitely.  What’s next?
Uranus:  Let’s build a utopian society, upgrade the morals of a world leader and send some truly innovative thoughts to a few people who are positioned to make a difference.  Then we’ll cause a sleepless night for someone who is ready to step into a leadership role.  And then we’ll h 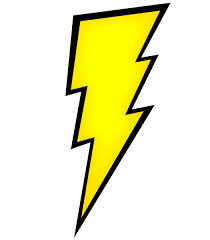 ead over to the tech industry and spark some ideas about inventions that make life better.  Then we’ll take a break for lunch.
Jupiter:  How long shall we do this for?
Uranus:  Till next June.  That should be enough, don’t you think?
Jupiter:  It’s going to be a busy year!
After another high-five neither deity seems able to stop themselves from, they get back to their fun pursuit.

What Does This Mean For You?

This wonderful trine between Jupiter and Uranus begins in September of 2014 and finishes in June of 2015.  It covers 14-20º of Fire signs, so if you have any planet in that span, you will love this transit.

For more about Jupiter’s passage through Leo, read this:
Jupiter in Leo—Your Time In The Sun

And here’s a post I made the last time Jupiter and Uranus met in the sky, in 2010.  It had a similar feel:
The Crackle Of Change As Jupiter And Uranus Meet In The Sky

Are you benefiting from this Uranus/Jupiter trine?
If you want to know how to use this time more effectively,
contact Jamie for an astrology reading
to find out how it affects your chart.