By JamieJanuary 16, 2014September 24th, 2021Astrology for Non-Astrologers, Astrology for Students
No Comments

Edgar Cayce (1877-1945), one of the world’s best known psychics, was also a medium and a channel. He was called the “Sleeping Prophet” because he worked while in a dream sleep state and while in that state he channeled answers to questions regarding health, illness, astrology, war, reincarnation, future events and the lost city of Atlantis. Clearly, he was able to delve into the unseen world with ease, so I wanted to see if his astrological chart reflected those abilities. 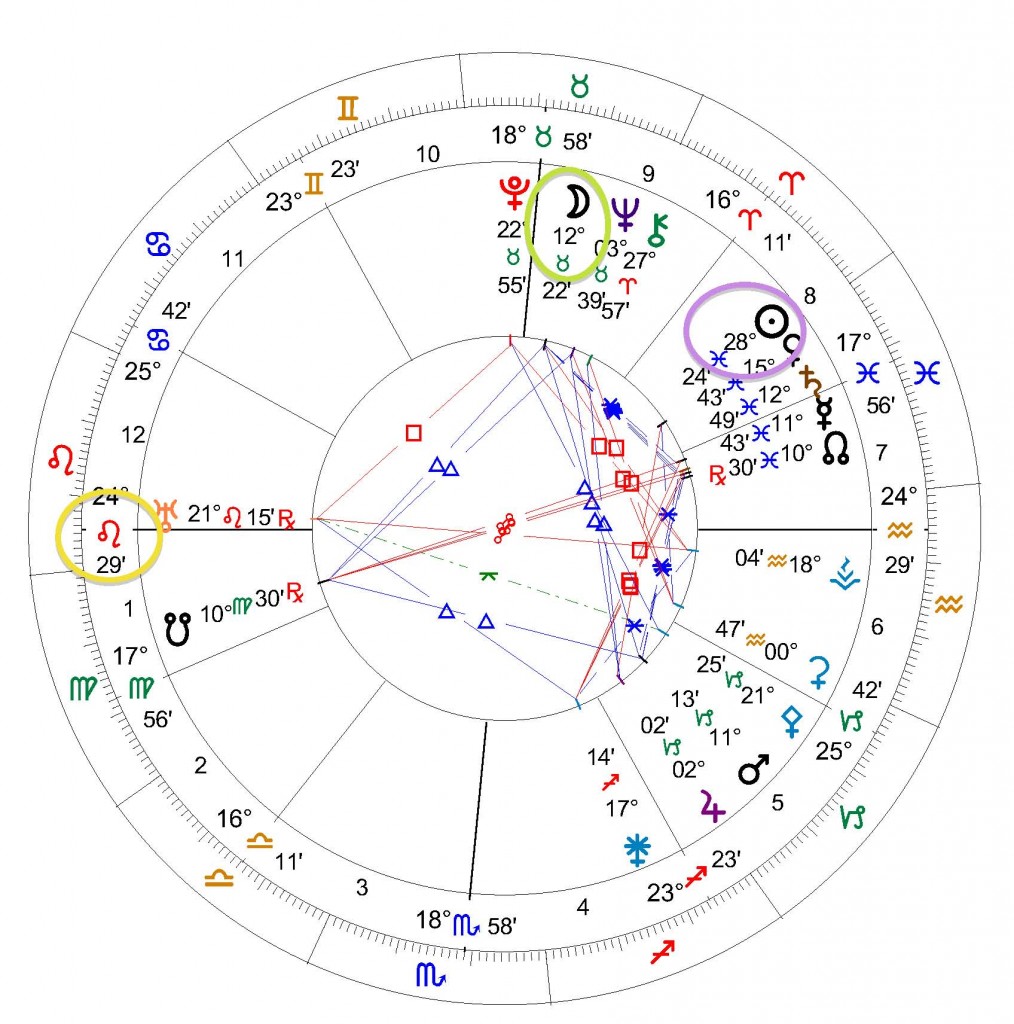 Our friendly psychic Edgar Cayce was born on March 18, 1877 at 3:20 PM in Hopkinsville, Kentucky. This gives him the mystical, intuitive and compassionate Pisces Sun Sign. Cayce was so compassionate that he was reluctant to charge the public for his trance healing readings. However, hypnotist Al Layne, whom he worked with, repeatedly suggested for him to do so.  Still, Cayce continued to do readings for free for years. Even after Cayce’s fame grew he humbly asked for voluntary donations to support him and his family so he could practice full-time.

Pisces Sun in the 8th House:

Cayce’s Pisces Sun is located in the 8th House (which is the house of Pluto and Scorpio) and some of its major themes are the occult, hidden mysteries, intuition, healing, transformation, psychology and death. Edgar Cayce not only had strong intuition but incredible abilities to heal and had a natural knack for psychology and the occult. He communicated with thousands of spirits who had passed on to the other side from physical death. While doing so, he helped families with their bereavement and grief.  He also revealed many hidden mysteries throughout his life, many of which concerned near-death experiences. It seems he fulfilled his 8th House Sun quite accurately.

Taurus Moon in the 9th House:

Let’s move onto his Moon, which is in Taurus. This gives him a strong will, stable emotions, steadiness and a strong connection with the physical world and his senses. His Taurus Moon is located in the 9th House (which is the house of Jupiter and Sagittarius) and some of its major themes are higher learning, philosophy, religion, universal consciousness and long-distance travel. Interestingly enough, religion played a very large part in Cayce’s earlier life. He grew up as a member of the Christian church and taught Sunday school for years. Because of this affiliation with the church he agonized over whether his psychic abilities and teachings were spiritually legitimate.

In addition, much of his work dealt with issues rooted in the universal consciousness, such as past civilizations, evolution of man, reincarnation, as well as thousands of accurate predictions of future events. Through the principles of astrology, Cayce revealed that each solar system in the universe is like a university, a place for higher learning. Perhaps this is a reflection of his Moon in the 9th House deriving a sense of home from education. Oddly enough, Cayce had many insights into the universe regarding evolution and learning, yet he himself only had an 8th grade education because his family could not afford the costs involved.

Last, we have Cayce’s Ascendant in the noble sign of Leo. An Ascendant (or rising sign) is often considered the mask one wears when meeting others. It is how we respond to the environment around us. Leo Rising typically gives someone a regal, self aware, generous, warm, optimistic, bold and extroverted character. This differs greatly from his Pisces Sun which is somewhat withdrawn and introverted. When we combine his Leo ascendant and his Sun in Pisces, we see that the Pisces Sun possibly watered down his fiery Leo Ascendant a bit, however, the Leo Ascendant may have helped him get out into the public and have the confidence and charm to share his messages and gifts with the world. Cayce became very successful and attained a great amount of fame from giving an astonishing 22,000 readings during 43 years of work! I’m sure he loved being appreciated (Leo) and was also very giving and generous (Leo) of his services and time (Pisces).