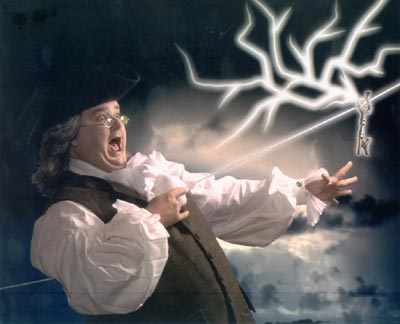 Have you ever wondered why Aquarius is called the Water-Bearer, when it’s an Air sign? Air is the right element for Aquarius because this sign is unemotional and concerned with things intellectual and abstract, whereas the three Water signs are emotional and warm-hearted in their nature. But if Aquarius is an Air sign, why does its name have “aqua” in it, which comes from a Latin root meaning water?

With the discovery of Uranus, Aquarius gets a ruler of its own
In the history of astrology, Aquarius has been a late-blooming sign, being among the few that had to share planetary rulership with another sign for most of recorded history, that other sign being Capricorn. The discovery of Uranus in the middle 1700’s was followed by a scramble among astrologers to determine which sign Uranus might rule. After some thought, astrologers realized that Uranus rules Aquarius. This occurred several millennia after Aquarius was first named by ancient astrologers.

When a planet is discovered and ascribed to a sign, new understanding of that sign becomes possible and traits that never made sense before begin to fit into the picture of that sign’s nature. A planet’s discovery is also often accompanied by a general emergence in the collective consciousness of things associated with that new planet.

Uranus, ruler of electricity
Uranus rules electricity and everything that runs on it. With the discovery of Uranus came the discovery that lightning contains power. The harnessing of electricity followed—and with it an outpouring of things designed to utilize it. Electric lighting changed our lives radically, and then the era of telecommunications began, including telegraph, telephone, wired and wireless communications, followed by computers, software and then the internet. If Saturn (Aquarius’ traditional ruler) rules mechanistic machines, Uranus (Aquarius’ modern ruler) rules electronic ones.

Uranus has given us a lot of things that have no perceptible physicality, but which affect our lives greatly–as is appropriate for an Air planet. And its sign Aquarius has benefitted from a new understanding of its planetary ruler. This rulership explains why Aquarians have always been progressive, inventive and unlikely to fit the mold—they have always marched to a different drum, beaten by Uranus. Because Uranus has finally emerged into collective consciousness, Aquarians have come into their own. And just in time for the Age of Aquarius too!

Currents, waves, brain waves
You might say our bodies run on electricity as well as fuel. Electricity runs in currents, whether direct or alternating. Our electric brains also run in currents, creating brain waves that are non-physical, yet measurable by an electroencephalogram or EEG. The electricity in our body moves through our nervous system–our nerves fire impulses that send information which tell body parts what to do or what is happening to parts of our body: this feels cold, that feels heat, there is danger, here is food! Our brains in many ways resemble computers and you might even say that our invention of computers is an attempt to create a brain much like our own. Buildup and release of electric charge in the body leads to nervous tension and twitchiness–another Uranian phenomenon.

Uranus, cascade effect and cracking your knuckles
Uranus also rules the process of paradigm shift: the Uranian process involves a buildup of tension or charge, leading to a cascade effect and a sudden shift to a new level or new framework. Each zodiacal sign rules an area of the body–Aquarius rules the ankles and the joints. The joints are intersections, forming a bodily network (a Uranian word) through which our nerves carry electric (another Uranian word) impulses that relay messages (an Air word). Our joints also contain pockets of gas (Air) that pop when we crack our knuckles, which activity is usually considered to be somewhat eccentric (yet another Uranian word). A buildup of gas to a pop-release is a sort of cascade effect leading to a state-based shift and this is Aquarius’ core process.

Water equals waves, as a concept
Now that we’ve established that Uranus is connected with electricity and that both Uranus and electricity were unknown when Aquarius was named, take a moment to think back with me to ancient times, when the zodiacal signs were being discovered and described. My guess is that, in naming Aquarius, the ancients were attempting to explain the nature of a sign that generates waves, fires electrical impulses and creates cascades, but their only reference point for understanding waves was water. They didn’t have the benefit of our modern understanding of electricity, but it’s clear to me from today’s viewpoint that the Water Bearer’s waves are a crude understanding of electricity. It’s not about water waves, but brain waves and electrical waves.

Another meaning for “making waves”
There is another meaning for “making waves” that’s very relevant to Aquarius: it means upsetting the normal routine, “rocking the boat” or bringing change. Aquarius is the rabble-rouser, the rebel or revolutionary who brings change in waves. The discovery of Uranus was accompanied by revolutions on two continents. Aquarius is known for its tendency to rattle cages and bring about new ideas that trigger a state-based change known as a paradigm shift. Aquarius gathers groups and networks of people together under the banner of a shared ideal or paradigm, and presses for social change. Aquarius is the political activist, agitating for the needs of their group. Aquarius well and truly makes waves, both electrical and social.

Time for a new name?
The ancients weren’t capable of this understanding of Aquarius in the way that we are. But we, from our modern viewpoint, can see how all these various phenomena are connected and add up to a single clear theme: Aquarius is about buildup and release of charge. Aquarius makes waves. For this reason, I think we should change Aquarius’ name from the Water-Bearer to the Wave-Maker, because it’s simply more accurate and descriptive of Aquarius’ true nature and behavior. It just fits.

You can read more about Uranus’ discovery and rulership here: Aquarians, Your God Is Not Who You Think